I’ve been spending some time watching the video offerings of Schola Gladiatoria.

Although extremely basic, consisting mainly of the founder of Schola Gladiatoria, Matt Easton, speaking in front of the camera.  He occasionally holds a sword up in front of the lens as a visual aid.  Rather dull stuff for modern Internet users who are used to snazzy special effects and dramatic soundtracks. 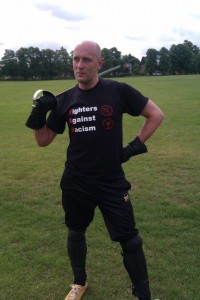 But he seems to know his stuff, as one would expect from a person who based his dissertation on the development of 13th and 14th Century armor.  For those interested in history, particularly military history such as myself, it can be very interesting indeed.

What I find to be particularly noteworthy is how Mr. Easton is extremely careful to voice his level of expertise.  If he has limited experience with a particular sword or fencing technique, you know that right at the beginning.  He is also very polite when mentioning those who might have an opinion contrary to his own, which is very rare indeed!

It has been my experience that those who admire the katana have a rather inflated opinion of the sword, and it appears that Mr. Easton has also come across those who are not willing to take a realistic view of the merits of the weapon.  He devotes more than one video to discussing Japanese swords when compared to European varieties, the first being here.

If you are interested in the subject, then I strongly urge you to check it out.  If you are not a sword enthusiast, then you will no doubt consider it to be deadly dull.

I get this question a lot!  What, exactly, is the best home defense weapon?

First, we must determine the most horrible, terrible, deadly situation that you might encounter in your home.

Most people involved in the shooting sports nowadays would claim that zombies invading your house would rank right up there.  They do this because zombies are extremely popular monsters that are deadly, and they also do not sparkle in the sunlight. 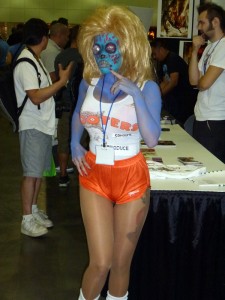 But, of course, zombies don’t really exist.  That means they are off the list so far as home invading threats are concerned.

Putting my thinking cap on, the deadliest situation would be if I was spending some time in a remote mountain cabin, far from any chance of help from the authorities.  In this bucolic spot, my calm is shattered when an enraged grizzly bear tears the door from its hinges and enters the cabin looking for an easy kill! 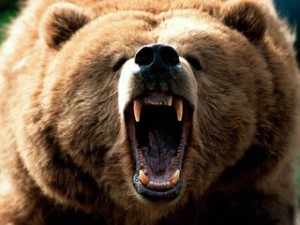 If such a nightmare scenario should occur, I hope that I have my trusty flamethrower handy!