Thanks to long time reader Greg for the heads up on a really stupid fashion accessory. 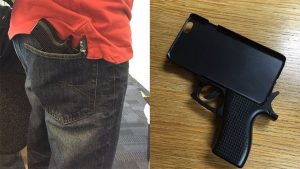 Click on the link to read more, but the genius who owned the phone case was caught trying to pass through security at London Stansted Airport in the United Kingdom.

You know, the UK.  Where selling even a plastic toy molded to look like a real gun is a serious crime. 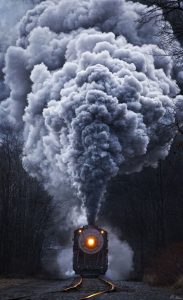 At one time, this was the fastest mode of travel on the planet.

That picture appeals to me for some reason, probably because I spent many years running the Call of Cthulhu role playing game.  The original rules are set in the 1920’s, when personal automobiles were first becoming widespread but there were few roads between cities.  If you needed to travel any significant distance by land at something faster than a walking pace, you had to buy a train ticket.

Old technology though this is, for some reason people nowadays assume that outdated tech was simple. 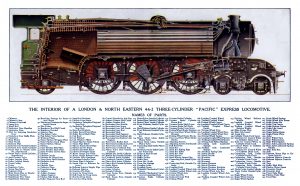 UPDATE:  Many thanks to Ritchie for supplying us with an account of the good hard work needed to get a steam locomotive ready to move.

On June 11, 2016, a mass shooting occurred at Pulse, a gay nightclub in Orlando.  A single individual was responsible, one who had carefully planned the attack.

Since that time, I have encountered numerous articles online from security experts that discuss what someone should do if they should find themselves in such a situation.  All of them contain useful tips, but only about avoiding a mass shooting event.  None of them have actually addressed what to do when confronted with an armed murderer in a public place.

The primary thing to keep in mind is that the articles in question start from the premise that the reader is unarmed, because the logical thing to do if one has the means to fight back is to do whatever they can do force the shooter to stop.

What do the experts recommend if you should find yourself under the gun?  Depends, really.

Some of them suggest that you try to hide. 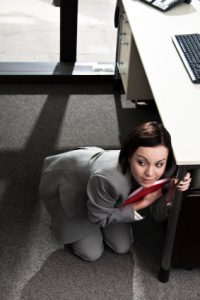 Some of them suggest you try to find some sort of room where you can barricade the door so the crazed gunman can’t get in.

The last suggestion is the most impractical.  You are supposed to attack the gunman, from ambush preferably.

The reason why all of these suggestions are almost probably useless is due to the fact that most of these killers take a great deal of care planning the attack. They pick the time and place, and ferret out all of the possible hiding places long before.

The reason why they go to such great lengths is because this is going to be their big moment, they are going to go out in  blaze of glory!  They aren’t about to let someone get close enough to bonk them in the head with a shopping bag full of soda cans.  One might as well go ahead and give it a try if they are going to die anyway, but I really don’t see too many active shooter situations which get resolved by someone grappling with the criminal.

So if expert advice can’t really help when one is up close and personal with the shooter, what part of these articles do I find useful?  The section that discusses running away. 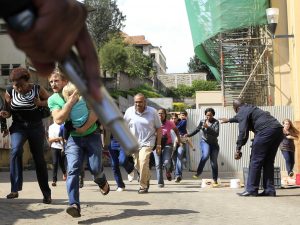 This all boils down to the old saw about being aware of your surroundings.  Keep an eye on the flow of the crowd.  Look for anyone who catches your eye as being out of place.  Figure out where the exits are, and keep as close to them as possible. 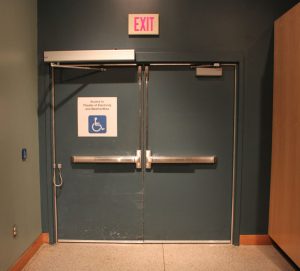 Just about every survivor of an active shooter situation describes the opening salvo as sounding like firecrackers.  “I thought it was firecrackers!” they say in interview after interview.  The obvious thing to do is, should you hear firecrackers and you weren’t aware of a fireworks display that had been scheduled for that day, is to grab the loved ones and boogie out the exit door.

Or you could just refuse to frequent public spaces that ban legally carried self defense tools.  That is what I do, but I have to admit that it is a pretty easy thing to do since I moved to Texas.