Police in Boston, Massachusetts claim to have foiled a pair of misfits who threatened to kill attendees at the Pokemon World Championships, which was held just this past weekend. 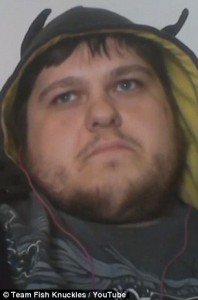 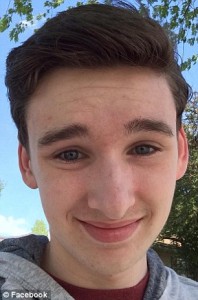 Seems the event is by invitation only, and the two were slated to compete in the Masters Division.  They drove to Boston from Iowa, and tried to enter the convention building the day before everything started.  Police were waiting, and turned them away.

It took a few hours, but police then obtained a search warrant that allowed them to check the interior of the car the two were driving.  They found guns and ammunition, as well as a lone hunting knife. 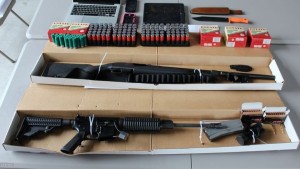 Since the state of Massachusetts has some pretty restrictive gun laws, the authorities were then able to arrest the pair.  Near as I can tell their offenses were that they had magazines for the AR style rifle which could hold more than ten rounds, and they didn’t have licenses for their guns which would allow them to transport them inside the state.

The police say that they foiled a mass shooting, saving a bunch of innocent Pokemon players from the attentions of some depraved terrorist wannabees.  But what did the pair do to justify such harsh claims?

Well, for one thing, they had been so incredibly stupid that they posted a picture on Facebook of the weapons they were bringing with them to the convention. 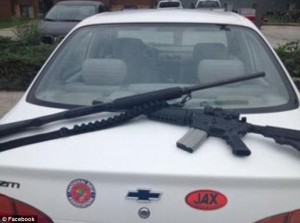 Police also pointed to a single line where one of the two doofi said they were going to kill the competition.

I don’t know, this seems to be pretty weak tea for the police to be high-fiving each other and crowing about how they stopped a mass slaughter.  They have to take every threat seriously, and they did good work, but I don’t see the slam dunk they claim.

Couple of gamers want to play tough guys, so they take their guns with them when they go to the big city for a convention.  They try to get inside the convention hall the day before the event so they will know where everything is before the swirling crowds get on the way.   And no one in history has ever posted something unwise on Facebook?

One factor that gives me pause is the rather large ammo cache they brought with them.  Kind of an excessive amount of gun food if all they were doing was an ego stroke, but it could be that they were worried about being caught in more race riots.

On the “innocent prank gone wrong” side of the scales, the police found the guns and ammo inside the car when they served their search warrant, not inside the hotel room where the gamers were staying.  Wouldn’t they want their murder tools to be close if they were planning on killing innocents by the bucketfull?

Keep in mind that I agree with the actions of law enforcement.  These two morons from Iowa took guns into a state which boasts one of the heaviest infestations of anti-gun freaks in the nation, and they bragged about it on the Internet!  The cops are there to enforce the law, not to pick and choose which laws will be upheld.  The suspects have only been charged with weapon offenses, not intent to commit terrorist acts, which is exactly what one would expect if the authorities were playing it straight.

That having been said, I think that there would have to be a lot more evidence of a plot to commit mass murder before I’d sign on to the idea that the cops foiled an active shooter event in the making.  Maybe they have such evidence and it never made it into the press release, but right now it looks like the police are bigger braggarts than the people they arrested.

5 thoughts on “Gotta Catch Them All”