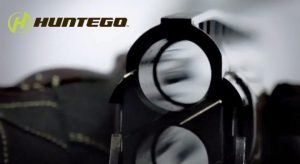 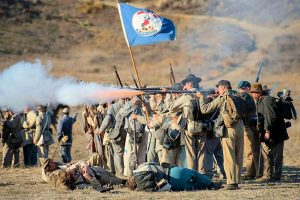 There are a variety of solutions to this problem.  One of them was a new type of bullet invented by a guy named Williams that was supposed to scrape the bore clean. 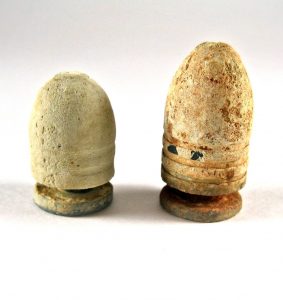 Known as the Williams cleaner bullet, the design was a standard bullet made of lead with a zinc disk on the bottom.  The bullet would act as a standard projectile, while the disk would do the scraping.

I linked to the source of the picture, but I want to do it again.  The author is a relic hunter interested in the American Civil War, and he does a great job discussing the design, history, and use of the bullet.

One thing he mentions is that he has found a great many of these bullets at Union army camps.  They seem to have been discarded en mass by the troops when the soldiers had the chance, which is a very strong indictment of their utility as a standard round.  It seems that this bullet design also didn’t do a very good job as a bore cleaner, either.  At least the modern shotgun cleaner shells seem to work as advertised.

What do I use? A bore snake, which is a thick cord with an imbedded copper brush. 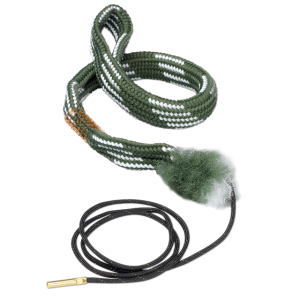 Works just fine, and is reusable.  But it probably isn’t as much fun as the cleaner shells.