There is an old story concerning the Texas Rangers.

The Mayor of a small mining town was facing unrest.  The mine workers wanted improved working conditions and greater pay, while the owners refused.  It looked like a riot was inevitable.  Innocent people were sure to be hurt in the clash.

Desperate, convinced his own sparse police force would not be able to contain the violence, the Mayor telegraphed the capitol to ask for help.  The reply stated “TEXAS RANGER ON THE WAY.  WILL ARRIVE EVENING TRAIN”.

The Mayor breathed easier.  Help was on the way!  But when he met the train that evening, only one slim and tall figure stepped on to the platform.

Suddenly all the stress and panic the Mayor had been trying to suppress came roaring back.  He hurried to the Ranger, and angrily demanded why the Governor had sent only one lawman in this time of peril.  They were going to need a lot more than just one Ranger! 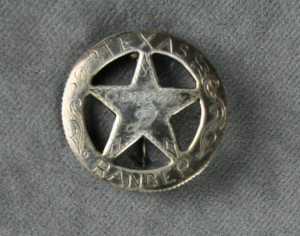 The original Lone Ranger character was created for radio.  A member of the elite Texas Rangers, he is wounded and left for dead in the same ambush that kills his brother.  His life, however, is saved by a Native American whose life he saved many years before.  After recovering from his wounds, he fashions a mask from the vest that his brother was wearing in the last moments, and vows to bring outlaws to justice.

He was a man of many skills.  Trained in boxing, he would prefer to subdue criminals using his hand-to-hand abilities in order to preserve life.  A superlative marksman, he would only shoot to wound or disarm even when his own life was in peril.  Although he worked to protect society, he deliberately removed himself from the comfort and security that society offered in order to better protect the innocent.  And, perhaps most important, he eschewed vengeance in favor of justice even though he had suffered grievously at the hands of criminals.

The original radio show debuted in 1933, and the wholesome image of this paragon of virtue was fully in line with popular culture at the time.  The same can be said of the television show which ran from 1949 to 1957. 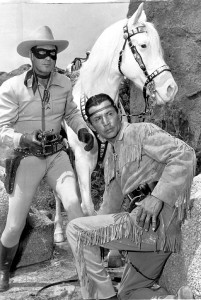 In recent times, however, it has been acknowledged that the foes of The Lone Ranger are violent and evil people.  This grimmer tone has been explored in an award winning  comic book series, an attempt to bring a more realistic bent to the famous hero. 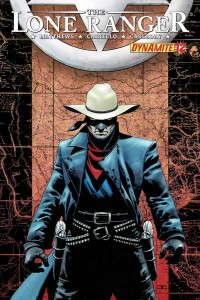 A new movie from Disney was released a few days ago, a retelling of this classic tale.  How did it stand up? 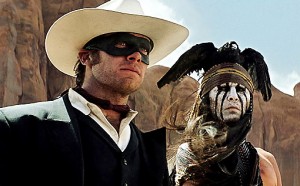 It was horrible!  A complete waste of time and money!  I hope Disney takes a huge loss on this film as punishment for their ham-handed treatment of a beloved character!

So I didn’t like it.  What was wrong with the film?  I’ll discuss the details below after the break, but be warned.  Here there be spoilers!

The movie stars pretty boy actor Armie Hammer as the titular hero.  While the original character was shown as an experienced law enforcement officer, skilled in the use of guns and fists in subduing violently dangerous criminals, the movie has him as a dandified lawyer returning to his boyhood home fresh from attending law school in the prissy East.  This is constantly harped upon and reinforced by Hammer’s performance, as he portrays The Lone Ranger as a whining intellectual who constantly complains and complains and complains.

Did I say that he grew up in barely civilized frontier conditions in the Old West?  Not only that, but one who has a father and brother that both served in the elite Texas Rangers as fearless lawmen?

That is the premise, but a more clueless and incompetent tenderfoot is hard to imagine.  Although Hammer’s brother strives to carry on the family tradition, the main character has seemingly forgotten just about every lesson and aspect of frontier life that he must have learned as a boy.  He cannot shoot straight, is all unknowing about Native American society and culture, and generally comes off as the biggest bumbling buffoon that ever trod the dusty trail.  At least he hasn’t forgotten how to ride a horse!

Did I say that he cannot shoot straight?  How can this be?  Besides the fact that his formative years must have been awash in firearms used for hunting and defense, it is also a hallmark of the character that he is a superlative shot!  It simply is not credible that The Lone Ranger could shoot to disarm and disable his opponents unless he also knows his way around a gun.  How in the world does the movie explain how he is able to make incredible and nigh impossible shots if the character is such an idiot when it comes to the shooting sports?

The answer is divine intervention.  The Lone Ranger just pops a round off in the general direction of the bad guys, and miracles happen in the form of ricochets and falling objects.  But forget the idea that The Lone Ranger is dedicated to less-lethal use of firearms, as people sometimes die when they get in front of his muzzle. 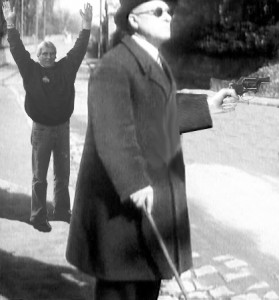 This bizarre supernatural mysticism is embodied in the character of Tonto, as played by Johnny Depp.  It seems that Tonto is no longer a noble person who rides with the Lone Ranger because he was saved as a boy, but is instead a twisted and bitter figure that is motivated by hatred and revenge! 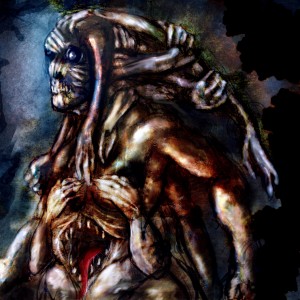 He betrayed his tribe when he was a lad, you see, which caused him to make up stories about how the men who slaughtered his people were actually magical monsters that can only be killed by someone brought back to life.  This unhinged desire to avoid taking responsibility for his actions leads Tonto into some incredibly bizarre feats of rationalization.  When Hammer’s character survives the ambush which wiped out the posse of Texas Rangers he was part of, Tonto figures he has found the instrument of his vengeance!

So the character of Tonto is transformed from a noble Native American motivated by a desire to support and protect the man who saved his life, to a batshit crazy freak who would like nothing better than to bring ruin, devastation, and death to those who wronged him.  For some reason, the film tries to present this twisted and suffering person into a figure of fun and comedy! 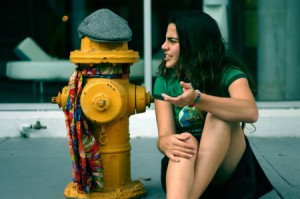 And remember, dear readers, these are supposed to be the heroes!

There were a great many other problems with the movie.  It was overly long at 149 minutes.  There are far too many scenes where people stand around in static shots, talking and talking and talking.  The sequences presented as comedy were often painfully unfunny, even grim.  The motivations of many of the characters rang hollow, so it was impossible to become immersed in the story and avoid the very strong impression that one was watching actors just going through the motions.

There were no less than three writers who worked on the script, and judging by this puerile mess they are all idiots I would not trust to pen a sixth grade history report.  How in the world could they screw up such an iconic and well known character as The Lone Ranger?  The best I can say is that they managed to achieve something I thought of as impossible.