I’ve written here before about how drug smugglers will sometimes use the address of empty houses to have their illegal drugs delivered.  This news story tells of a similar wrinkle.

It seems that a man in my home state of Ohio ordered a gun safe online.  When it arrived, he found 300 pounds (136 kilos) of plastic wrapped marijuana tucked away behind the airtight door. 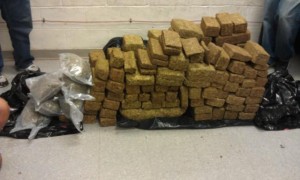 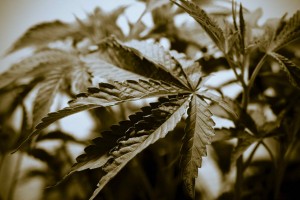 The safe was manufactured in Mexico using convict labor, and seems to have been delivered to the wrong house.  The truck driver who moved a load of gun safes from Mexico into the United States is being sought by police, but they are having trouble finding the guy.  Probably never will.

It would appear that drug shipments ending up in the hands of bemused innocent citizens is a common occurrence.  This news article from 2 years ago relates the sordid tale of an elderly couple residing in a township that borders Philadelphia, Pennsylvania who received a single marijuana brick in the mail.  The local police superintendent thought it was no big deal, stating that the cops see “… half a dozen of these types of deliveries a year …”

So if about six deliveries go awry in this one township, how many make it to the intended owners?  One order of magnitude?  Two?

Make your best guess, and then expand it to cover all of Philadelphia.  Then multiply by the number of big cities in the US.  Just judging by the occasional mistake, its a big business!

Makes you wonder how the US Postal Service can be going bankrupt when they are the biggest mule for illegal drugs.

3 thoughts on “Mary Jane In The Gun Safe”