I applied for my license to carry a concealed firearm a few days after the law went into effect in my home state of Ohio.  That was in April of 2004, nine years ago. 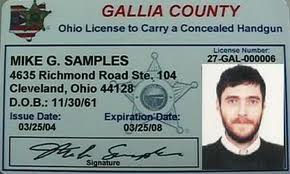 (Not my picture or license, although I must admit that I think Samples is a fine name.)

My fingerprints were taken at my local Sheriff’s office, and a background check was conducted by the Ohio Bureau of Criminal Identification and Investigation (BCI).  They gave the OK in a mere two business days, and I was downtown the next morning to pick up my laminated ID card.  Less than a week and I was able to legally defend myself against threats to my life, hooray!

Many of my students were without transportation, and several times a year I would drive them to the Sheriff’s office so they could apply for their own CCW license while I waited outside.  In most cases they would receive a phone call within one or two business days to inform them that their ID cards were ready and waiting, so I would go around to pick them up and repeat the trip.  All routine, nothing to see here, move along.

But then it came time for me to renew my own license.

The Sheriff’s office said they weren’t holding up progress, it was the BCI.  For some reason they wouldn’t approve my renewal, but they also weren’t issuing a denial.  They were just sitting on my application, without explanation, while they did …. something! 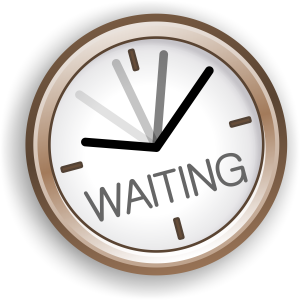 While all this time was going on by, it was business as usual so far as the charity course was concerned.  I was still using my car to drive students to the Sheriff’s office, only to have to go around to get them a few days later so they could pick up their own shiny new CCW license.  I couldn’t help but wonder why they were getting fast approval, while I languished in the doldrums.  After all, my name and signature were all over the documents they needed to prove that they completed the mandated training course, as well as competency with a firearm.  If there was some sort of question as to my fitness to carry concealed firearms, why would the BCI take my word that my students were ready to do the same?

It was certainly puzzling. 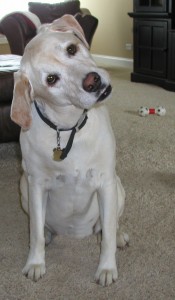 The law states that the Sheriff has to issue a license within 45 days, or provide a reason for denying the application.  As the Sheriff’s office was claiming innocence, I decided to send a letter to the BCI.  In my missive I requested that they clearly state a reason why my application was not granted.  They were to provide the reason on official BCI stationary, and it was to be signed by someone who was responsible for the decision to withhold my license.

Three days after I mailed my letter, I received a call from the Sheriff’s office.  The BCI had finally (FINALLY!) gotten around to approving my application.  It was waiting for me to come around and pick it up, any time I felt like getting in the car and making the effort.  Which, of course, I did with all possible speed. 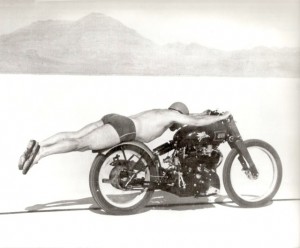 On the drive downtown, I considered the timing.  Three days would be about the time needed for my letter to be delivered to the BCI headquarters in London, Ohio.  I suppose it only took an hour or less for someone to decide that they either needed to give me what I want, or gird themselves for a legal fight.  It is pretty obvious that they wouldn’t want to have to explain to the judge why they denied a CCW license to a fully accredited firearms instructor with no criminal record.

This sad tale of a bureaucracy remaining silent and unresponsive does beg the question: What happened to make the BCI sit on my application for so long?

Applying Occam’s Razor would lead us to surmise that someone working at the BCI simply put my application aside for some reason, and then forgot all about it.  When my letter arrived it caused a light bulb to go off, my application was retrieved from whatever disused corner of their desk where it had come to rest nigh two months previously, and approval was forthcoming.

A much less plausible explanation is that someone decided to run a Google search of my name, and was flummoxed by the high number of return hits. 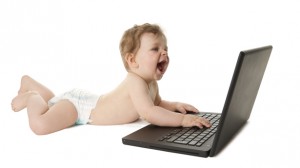 I find it very hard to credit the idea that a professional working in law enforcement would spend much time studying what comes up on Google, as opposed to simply checking the official police records.  Still, stranger things have happened, and a lack of professionalism is something that crops up from time to time in every human activity.  The chances of this happening are remote, but it is certainly possible.

How to test this?  Simple, really.  Last week I applied to renew my CCW license yet again.  If the BCI drags its collective feet this time around, then we have a pattern.

If the latter reason for the holdup is true, then someone from the BCI could, at this very moment, be combing through this blog in an attempt to find secret messages to terrorist organizations!  They would be checking out all the pictures of babies and dogs I seem to be so fond of, wondering if it is a sign of a mind ready to snap!  I mean, no kittens?  Obviously the hallmark of a mind with a seriously skewed set of priorities!

If you are out there, unknown and faceless BCI background investigator, then please allow me to give you the assurance needed to prove that I am well adjusted, and ready to receive word that my new license is ready! 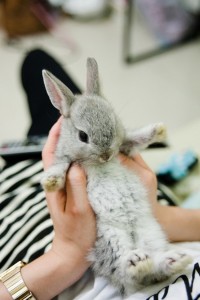 Kind of a weird looking kitten, that.  Must be a new breed I never heard of before.  But whatever gets the job done.

4 thoughts on “Time Is Running Out”