I have never been a police officer of any description, but I did have a brief career in law enforcement.  My job was to take and process fingerprints. 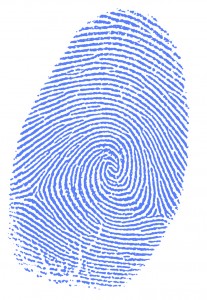 One day, a male prisoner was brought in.  He was of average height, thin but for a small pot belly.  I noticed right away that his hands were big and scarred, and he had the ropy muscles that you find on guys who make their living by doing real work.  Even though he was cuffed and on his way to jail, he was joking and smiling.

The escorting officers, however, were grim as death.  There were also more cops than usual for a single suspect.  That told me right away that the prisoner was a special case.

Standard procedure was followed.  The suspect was locked to the floor via an ankle cuff, his hands were freed, and two officers stood within arms reach in case of need.  Recognizing that something was up, I was meticulous.  Two sets of fingerprints, and two sets of palm prints for the latent print examiner.  I made sure that they were all perfect and unsmeared.

When it was done one officer grabbed the wrists of the prisoner from behind and yanked them up, forcing the suspect to bend from the waist.   While the other officer moved in to lock down the handcuffs, the prisoner looked up at me.  With a winning smile and full eye contact, he doled out some of his own special wisdom.

“Do you know what people are?  They are nothing more than bags of meat with screams inside!” 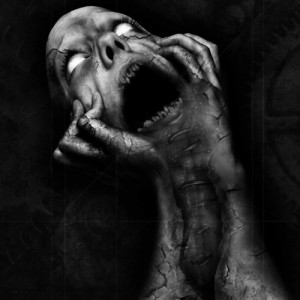 Then the cuffs were on, the ankle chain was taken off, and he was gone.  I haven’t seen him since, and don’t know his fate.

I found out what he had done when typing up his file.  It seems that his nocturnal hobby was to break into homes with a hunting knife and a roll of duct tape.  He would take whole families hostage.

After the people were secured, he would choose one of them and pull their pants down.  Then he would use the hunting knife to cut the victim from the crotch through the anus.  He would stand over the injured and pleasure himself, watching while they writhed in pain on the floor, trying to scream through the gag.

This worked for some time, and it was obvious that he knew exactly what he was doing.  He never harmed a child, and he never hurt anyone so much that they died.  The only reason that he was caught was due to the fact that the last house he broke into had a silent alarm to a security company, and the bushes had grown over the signs that had been placed around the garden as a deterrent.  Officers responding to the call tackled our friend as he ran out the back door. 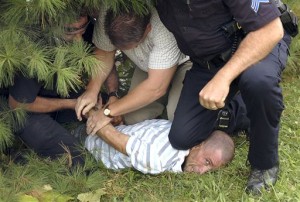 I left the office after my shift and went home, but I didn’t sleep.  Instead I simply lay for hours in my bed, staring at the ceiling while the dogs huddled close.  When I finally got up I had made the decision to start my own private charity.  And so it has been ever since.

People who have survived violent criminal attack seek me out, and I do what I can.  I install bars over windows, replace old and ineffective locks with new, and swap out flimsy doors for sturdy.  I also became a fully accredited firearms instructor, and teach my students the basics of safe and effective self defense.  The doors and locks are to keep the bad guys out, and the gun training is in case they get inside anyway.

You know, it is a funny thing.  When I first met the guy who inspired me to help crime victims, I thought he was the worst kind of man.  I have since come across worse.

(An old story, familiar to all of my regular readers.  I rewrite the essay every so often to explain why I do what I do.)