Pete Zaitcev makes an interesting observation in this comment …

“And historically in my previous country martial arts were heavily regulated, their teaching prohibited to anyone but security and police officers.”

Why do I find that interesting?  Because the deadliest open hand fighting techniques were originally developed by the common folk when emperors and kings banned owning and carrying regular weapons!

But it wasn’t just open hand martial arts that were invented to provide self defense.  Common everyday tools were also taken up to provide a means of protection.

Case in point is the karambit. 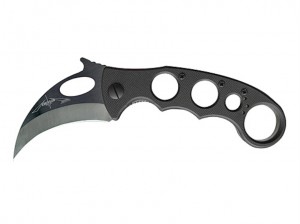 Originally, karambits weren’t all skeletal and cool looking.  Instead they were used to dig up roots, and as scythes to cut rice stalks during harvest. 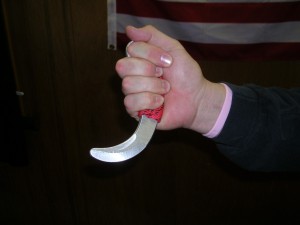 Nowadays these curved knives are considered effective weapons for serious martial artists willing to devote the time needed to train with the little blades.

They can be used to keep brigands away from your family, or they can also be used to bring in the harvest.  Dual use technology!

Scythes have also captured the imagination of anime artists, although they tend to take it to extremes. 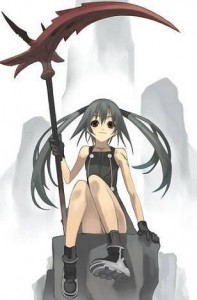 But scythes are really only useful at harvest time.  Howsabout in the spring, when the crops are first being planted?

Seems there is a martial art developed around the common hoe. 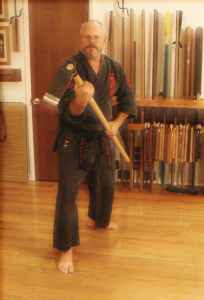 What is the weirdest martial art I’ve come across?  Probably the one where a milking bench is used as a self defense tool. 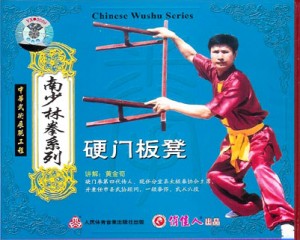 Most of these odd martial arts weapons can trace their origins to Okinawa, a large island about 400 miles south of the main Japanese islands.  It must have been an extremely dangerous and violent place through most of its history, considering how the people who lived there were so desperate to snatch up anything that might be used as a weapon.

3 thoughts on “Self Defense Down On The Farm”