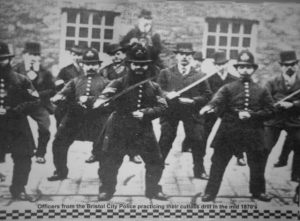 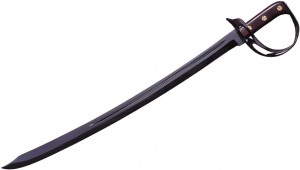 My favorite tabletop game of all time is Call of Cthulhu.  I gained a reputation as a crackerjack game master, and Tuesday night gaming was my main source of social interaction for about 20 years.

The cheerful holiday ditty above is from the good folks at the H.P. Lovecraft Historical Society, a group of LARPers who also produce some really clever media.  One can find movies, CD’s of song, and even old timey radio plays.  Worth checking out.

At any rate, Merry Christmas to all my readers!

My job recently took me to a small boutique, which is defined as “a small store that sells stylish clothing, jewelry, or other usually luxury goods.”  As this is Texas, some of those luxury goods met with my approval. 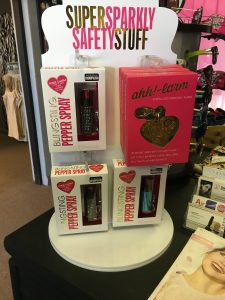 Click on each pic to get a larger version, and please note what the display carousel proudly announces.  “SUPER SPARKLY SAFETY STUFF“.

The carousel was placed next to the cash register, so anyone making a purchase would be sure to get an eyeful.  The company selling the sparkly self defense items is called Blingsting, and one of the catchy phrases they use to try and entice potential customers is “Buy pepper spray so cute it hurts!” 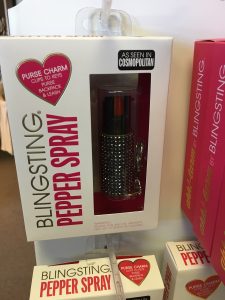 The other item for sale at this store was one of those personal safety alarms, a device that emits an extremely loud shriek when a pin is puled.  Sort of like a noise grenade, I suppose. 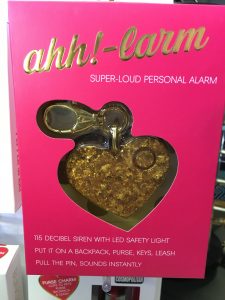 Perusing the website, I see that they also offer a line of emergency escape hammers in case one should ever be trapped inside a damaged car.  Note, if you will, the name of the product. 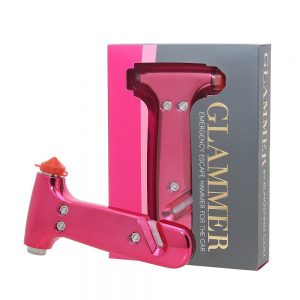 If super sparkly appeals, you should check them out.

The United States is home to the Great Lakes, which can be described as vast inland seas filed with fresh water.  Over 20% of all the fresh water on the planet is contained in those five lakes.

Lake Erie has the distinction of being the shallowest of the Great Lakes, which means that it was also the most volatile.  As it was a mere few hours drive from my home when I lived in Ohio, I spent a fair amount of time around that lake.  It never ceased to amaze how fast the water would start to churn and crash when the wind would get up.

A perfect illustration of this can be found here, which leads to an article that showcases some of the work of professional photographer Dave Sanford.  It seems that Mr. Sanford has a certain fascination for the Great Lakes, and he spends time in the turbulent storm season photographing what happens to Lake Erie.  A lot of his shots remind me strongly of famed Japanese woodcut “The Great Wave Off Kanagawa“, some of them have an even more sinister cast.  Below is an example of what I mean. 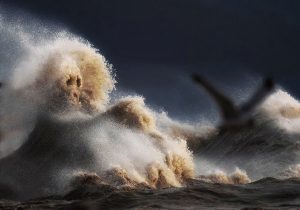 That isn’t photoshopped, by the way. 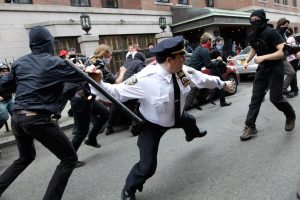 I have not been shy in voicing my opinion that physical fitness is the cornerstone of hand-to-hand defense.  Train hard, build muscle and endurance, and one will probably prevail if set upon by a violent criminal intent on robbery.

A reader sent me the above picture, which I think is from 2011 when Occupy Wall Street protestors were confronted by members of the New York Police Department.  She points out that the police officer is hardly a vision of vibrant physical conditioning, and yet he seems to be rather effective when it comes to convincing would-be rioters to disperse.

Absolutely true.  I think it would be a different story if the officer pictured above was squaring off against someone with a stout club of their own, particularly if his opponent was younger and better conditioned, but the man in blue seems to be getting the job done. 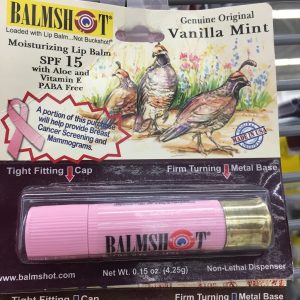 I love what the bottom of the package says.  “Non-Lethal Dispenser”

My adopted state of Texas is considering passing a law which would make a license to carry a concealed firearm free!

Keep in mind that this is just the licensing fee itself, as training would have to come out of the individual’s pocket.  Another point to consider is that the Texas state legislature won’t be in session for two more months, and a lot can happen in that time.  But signs are hopeful.

The protestors seem to be awfully sympathetic to what the police are doing.  Not one of the filthy hippies tries to flank the blocky formations assumed by the cops, they are rather ill-equipped when it comes to protest signs stapled to stout wooden staves, I don’t see any rocks being thrown, and all the flame weapons they use never seem to be much of a threat to any police officer.

So far as the police are concerned, where are the police dogs and water cannons?  How come they didn’t deploy tear gas or pepper spray?  Come about 03:00, some of the rioters closest to the camera actually start slashing at the police shields with some sort of plastic whips.  I’ve never known any police force that would take that sort of abuse and still say “We better not gas ’em, as there are only a few bad apples in this seething mass of hatred and bad behavior.”

But what clinches the deal for me is that there aren’t a bunch of reporters intermingled with the hippies, all hot and eager to get some footage of a rioter getting a well deserved beat down.  Guys with camera rigs on their shoulders should pretty much outnumber the unwashed heathen.

Still, obvious signs of a staged show aside, it is a pretty performance of cop competency.  All we need is some John Philip Sousa and it would be a real crowd pleaser!

The title above was also the title of an email an old friend sent me.  Seems he had come across a picture of the Pistolia Con Caracato, a unique revolver that boasts three barrels. 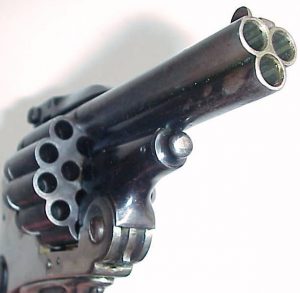 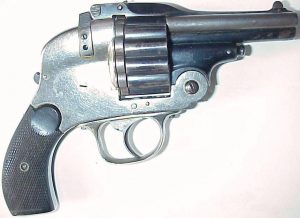 Pity revolver manufacturers in the opening years of the 20th Century.  Autoloading handguns had been invented a decade or so before that put their products to shame.  Who would want a gun that only fired six shots, and was slow to reload, when they could have ten rounds and reload in a flash? 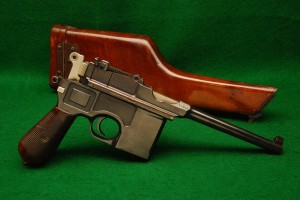 The gun companies tinkered with increasing the number of rounds available in revolvers, and they weren’t too shy about taking things to absurd lengths.  As I’ve written about before, the most successful was a line of double barrelled guns from the French firearms firm of HDH. 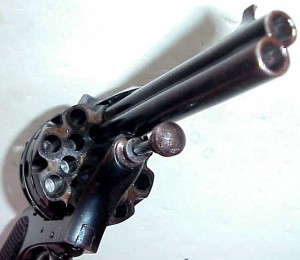 But let us return to the matter at hand, the three barrel wonder.

The gun that caused my buddy to reach out seems to be a prototype of some kind.  Let us take a closer look. 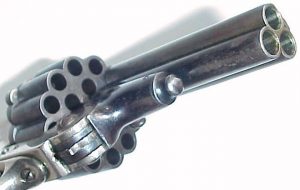 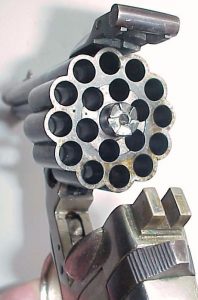 The There is no manufacturer’s mark, no proof marks that show the gun was test fired and proved to be safe to use, and what appears to be a serial number of “1”.  The Italian words stamped in the metal mean “Overstuffed Pistol”, which is an apt description considering that the handgun holds 18 rounds.

Judging by the pictures above, this would be a pretty large revolver.  Not too unmanagable, though, as the gun is chambered for the very small and pitiful .25 ACP cartridge. This would keep the size of the gun from growing to ridiculous proportions, but it also means the gun is way too underpowered to be considered an adequate self defense tool.

There is a selector switch on the revolver, which is extremely unusual, and it allows all three of the barrels to be fired at once with every pull of the trigger.  Would this three-bullet bang mean the gun edges up into self-defense good-enough?  Not in my opinion, as the .25 ACP is so underpowered that you really need about five going off at once to make a single decent punch.

So is there a five barrel revolver out there somewhere?  Of course not.  That would be absurd!