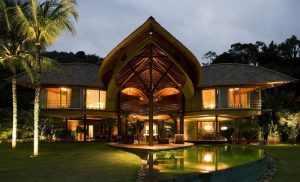 It reminds me of something ….

END_OF_DOCUMENT_TOKEN_TO_BE_REPLACED 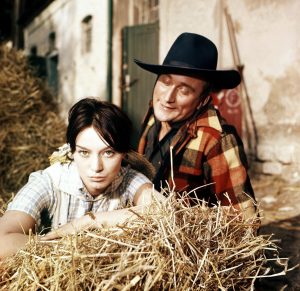 I wonder what the guy in the hat is up to?  Where is his right hand? 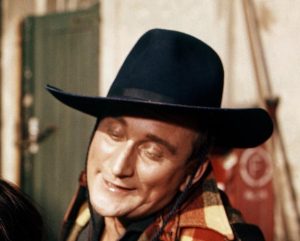 That’s okay, I think I figured it out.

The picture is from a German movie titled Freddy unter fremdem Sternen (1959), which translates to Freddy under strange Stars.  The oily simp wearing the black hat (a dead giveaway) is played by Dieter Eppler, an actor who has 128 credits to his name.  Highly prolific, he portrayed characters in movies, TV, and even radio.  The picture above might not be the best representation of what kind of roles he filled, as he was usually cast as the dashing military hero.  He died in 2008 at the ripe old age of 81.

In Freddy under strange Stars he played the bad guy.  Big shock, right?

The winsome lass with the fiercely stoic expression is the German actress Vera Tschechowa, whose main claim to fame outside of her native land is that she was seen on the arm of Elvis Presley briefly while he was stationed in Germany during his military service.  But why would he spend the precious time he was allowed off base with some virtually unknown actress? 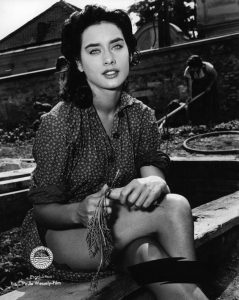 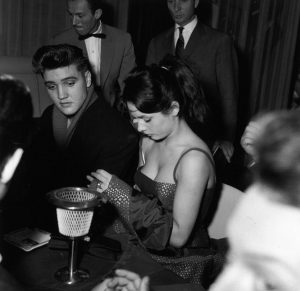 Yeah, that’s a mystery alright.  I don’t think we will ever be able to puzzle that one out.

Freddy under strange Stars was filmed about the same time that Elvis was pitching woo to Vera, and it was a box office smash.  It was the top money making movie in Germany in 1960.

So why in the world am I talking about forgotten Teutonic melodramas?  Have I suddenly developed a craving for bad movies set in Canada where everyone inexplicably speaks German?

No, not really.  I was wondering how influential German cinema was when it came to vampires, and I came across mention of a terrible Italian/German vampire flick titled The Slaughter of the Vampires (1962).  (Click on that last link for a nifty blog write up of the film.)  Seems that Dieter Eppler, the same leering perv as seen above, also played a suave undead count who slipped a fang into many a mesmerized hottie.

What I can’t figure out is why the vampire only put the nosh on women. 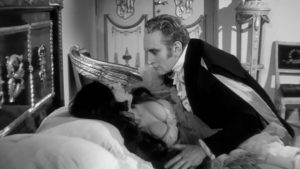