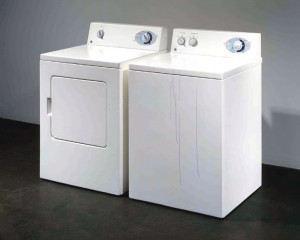 To narrow our focus even more, we are going to divide the choices between the two major gun designs available for modern self defense arms.  That means revolvers and autoloaders.

This is really easy.  The only two revolver calibers I recommend to my students are .38 Special and .357 Magnum.

The .38 Special cartridge was introduced in 1898, and is still going strong today.  It was the standard police cartridge in the US for about 70 years, and it has a proven track record of being an effective round for self defense.

Are there more revolver calibers available that will do the job?  Yeah, sure.  Tons of them!  But nothing else approaches the popularity of the two mentioned above, which means that there are the greatest number of choices available.  Guns large and small, with a dizzying array of finishes and accessories and after market parts.  Find what you like.

A little bit more complicated, but only a little bit.  There are three calibers I recommend for autoloaders.  They are the .380 ACP, the 9mm Parabellum, and the .45 ACP.

The .380 ACP cartridge was introduced in 1908, and it has been a popular choice for self defense ever since.  The weakest of all the calibers under discussion, it is still perfectly adequate for defense.  Choose this if you need a gun to be small and light, but still controllable and with relatively light recoil.

What can I say about the 9mm Parabellum?  Production started in 1902, it is the most popular military handgun cartridge in the world, and over 60% of police agencies in the US use it.  With all that real world testing going on we can be reasonably sure that it works.  Known for high capacity guns, choose a 9mm if you want to shoot a bunch before having to reload.

The .45 ACP cartridge was first produced in 1910, and it enjoys a probably inflated  reputation in the United States.  None the less, it is a thoroughly effective for self defense.  Some police agencies use it even today, and it was the standard US military caliber from 1911 through 1985.  Where the .45 ACP really shines is in standard sized guns where the recoil is better managed.

Like I said, we need to narrow the field to avoid a wrong choice.  At various times in my life I have carried firearms chambered for each of the calibers mentioned above, and I have never felt less than adequately armed.  Find a shooting range near where you live that offers guns for rent, and try out as many as you can before making a choice.  Approach other people at the range and explain that you are looking to buy your first gun, and I bet the vast majority would offer to let you shoot a few rounds through their guns.  Just stick to the five calibers mentioned above, and I bet you won’t disappointed.

2 thoughts on “Which Caliber Should I Choose For My First Self Defense Handgun?”