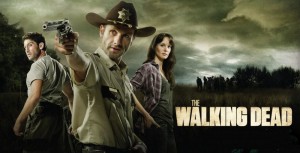 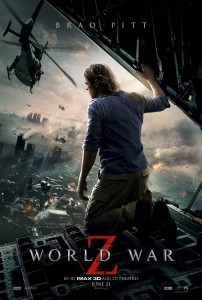 This popularity for chilling stories featuring animated corpses which crave living flesh is certainly understandable, as a great many people enjoy a good horror story.

But what puzzles many people who live overseas, and not a few Americans who are not part of the shooting sports culture, is how those of us who owns firearms seem to spend a great deal of time and money getting ready for the day when the dead rise.  Companies which manufacture firearms and firearm accessories have responded by branding certain of their products as “zombie ready” in an effort to attract customers preparing for the coming “Zombiepocalypse“. 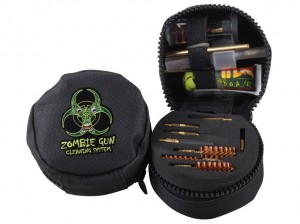 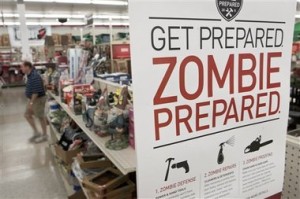 In light of this, I have been asked some recurring questions.

Have a significant fraction of gun owners in the United States gone completely insane?  Do they actually think that they will have to battle hordes of decaying corpses in order to avoid a grisly death?

The answer is that, of course, gun owners think nothing of the kind.  Heck, we aren’t a bunch of crazy people!

Okay, so why the fascination with zombies in certain quarters?  Why even talk about an impossible and absurd scenario? 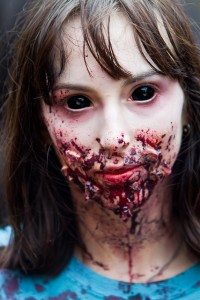 When someone discusses the zombiepocalypse, they are actually using it to represent their efforts to prepare for any all-encompassing disaster.  A great flood in their area, a hurricane, or some similar event could very well cause the breakdown of government and civilized society for a time.  When they joke that they have taken steps to survive the rise of the undead, they are using it as a verbal shorthand to reassure their audience that they have made an effort to anticipate every possibility.

So to those who are wondering about this odd trend, just consider it a tongue-in-cheek reference to the desire many have to provide and protect their loved ones in time of disaster.

You know, I actually find it comforting that the most prevalent touchstone to indicate thoughtful preparedness is a reference to an impossible and absurd situation.  Back during the bad old days of the Cold War, everyone seriously discussed taking steps to survive a nuclear holocaust. 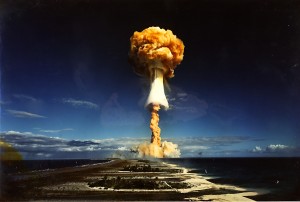 Unlike zombies, that was horrifyingly possible.  The world has come a long, long way if we have replaced all-too-real atomic bombs with totally fictional monsters.