One of the major complaints of gun owners here in the United States concerns the patchwork of laws restricting firearms. It can be extremely frustrating. 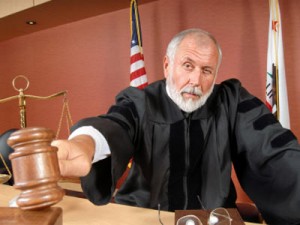 It might be perfectly legal to  own and carry a concealed firearm in a specific state, but local and Federal ordinances can restrict that right.  Its alright to have your gun on you over here, but cross the street and you could find yourself in big trouble!

From Glenn we have a heads up about a court case in Florida.  A young mother is attending classes at a university, and she locks her gun up in her car while on campus.  The problem is that university guidelines prohibit all weapons on site, even if the owner has a legal right to those same weapons just about every other place in the state.  In fact, the university claimed that they would have the campus police arrest anyone who violated this guideline.

Luckily, the judge hearing the case ruled against the university.  Nice to see that justice has been served.

1 thought on “Legal Here, Illegal Over There”