I mentioned my admiration for Saturday Night Specials on these pages in the past.  Inexpensive guns that are also reliable and safe to operate, they have been instrumental in protecting low income families. 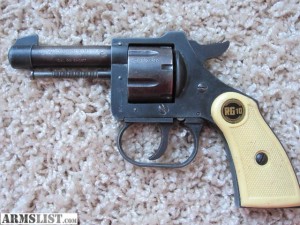 A problem with all this is that criminals tend to favor such inexpensive guns when conducting their violent calling.  This makes sense, as the majority of guns used in violent crime have been stolen from their rightful owner.  Since most thefts occur in low income areas, and the majority of firearms found in depressed neighborhoods are of the cheaper variety, it would be noteworthy only if more expensive and mainstream guns were acquired by criminals.

Over the decades, there have been calls to ban cheaper guns in the interest of reducing crime.

The argument goes that passing a law to make illegal all handguns sold under a certain price would pinch off the supply of weaponry for the evil people who prey upon the rest of us.  No cheap guns, and violent crime is reduced!

“Logic” of this sort only works if one ignores facts which are incredibly easy to perceive, the first of which is that the crime rate is highest in the states which have the most stringent gun control laws.  It might be more difficult for criminals to steal guns in those states because it is more difficult for law abiding people to acquire them, but criminals always seem to find a way no matter what the law says.

The second point is that the need for low income people to protect themselves from violent crime is more pressing than in wealthier neighborhoods.  Making guns sold at a reasonable price would simply disarm the law abiding who have to live with fixed incomes, not the criminals.

This is all old hat for those of us who are interested in armed self defense.  Why go back over such well traveled road?

I recently came across this BBC article that reports on efforts to ban a popular wine sold in Scotland.  Known as Buckfast Tonic Wine, it has been bottled and sold for more than a century by the Benedictine monks who reside at Buckfast Abbey.  It is characterized as having a high alcohol content, a high caffeine content, a low price, and a sweet taste similar to cola mixed with cough syrup.  Think of it as an energy drink for those who want to get drunk. 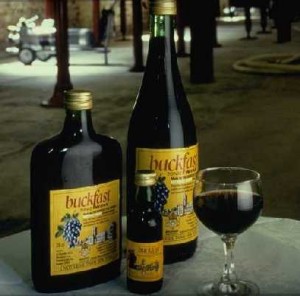 The reason why there is a controversy is that the wine is disproportionally associated with violent assaults and public disturbances.  Although less than 1% of the sales of alcoholic beverages are Buckfast wine, it seems that it has been consumed by a rather larger proportion of those the police are forced to arrest for unsociable behavior.  The abbot of the monastery, however, claims that his brothers produce a good product that is simply being used in an irresponsible manner.

So what is the position of those who call for banning this particular beverage?  That the criminals who assault people and indulge in other violence will suddenly become meek, well adjusted members of society if this one particular wine is removed from store shelves?  That they won’t attack others if they were drunk on beer or whiskey, but Buckfast brings out the demon beast which they struggle to keep contained within their breast?

For some reason, I think that a Buckfast ban won’t work.

Although the debate over banning fortified and caffeinated wine bears a few parallels to the debate over Saturday Night Specials, there is one major difference.  Low income people need firearms to fend off violent criminal attack, and have no other options for their defense if the supply of inexpensive handguns is cut off by an uncaring government.  If Buckfast wine is no longer legally available, I am certain that people will be able to find alternatives to become drunkenly alert.

Since this is Scotland we are talking about, I would not be so crass as to mention Irish coffee.  Instead I would suggest a mixture of cheap vodka and Red Bull.  It should work about the same, although I would think that the concoction would have a more unpleasant taste.