There are only 4 safety rules when handling firearms.

1) Keep the gun pointing in a safe direction at all times.

2) Keep your finger off the trigger until ready to fire.

3) Keep the gun unloaded until ready to use.

4) Be aware of your target, and what is beyond.

I have my students memorize the rules by rote, and then break it down further into a mantra.  They have to remember Point, Finger, Unload, and Target.  Simple, simple, simple.

The safety rule they have the most trouble with is #2.  Firearms are made so that the trigger is easily reached by the finger, and most people find that their fingers tend to want to come to rest on the offending bit of metal. 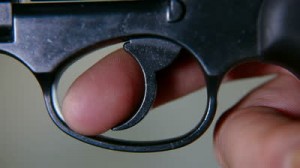 Dangerous as this is, it usually results in a Negligent Discharge (ND) when someone is holstering their weapon.  If the finger is on the trigger, then the edge of the holster will push against that finger.  This means the trigger will move and, BLAMMO!, someone gets a round in their leg. 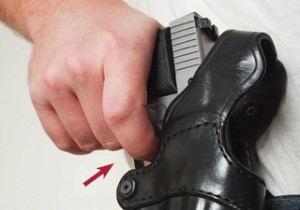 Subjective though it is, my experience tells me that this is the most common form of ND out there.  Lucky thing this sort of screwup usually results in only the idiot with the gun getting shot, and innocent bystanders are most often left unscathed.

knirirr was kind enough to send me a link to this newspaper article, which tells the tale of a police officer in London who shot himself in the leg while holstering his handgun.  No matter how they spin it, I know exactly what happened and why.

What must be particularly galling is that the police officer was a member of the elite Flying Squad, whose officers one would think would be well versed in firearm safety.

5 thoughts on “Finger On The Trigger, Head Up His Ass”