The trip from Ohio to Texas is complete.  1333 miles total (2133 kilometers), and the only wrong turn found me suddenly descending an off ramp on to the mean streets of East St. Louis. 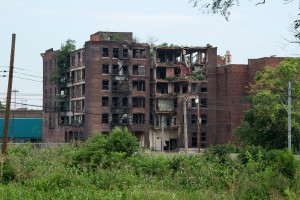 This made me extremely nervous, and not because I found myself in yet another high crime area.  It was due to the fact that I was unarmed at the time, and couldn’t defend myself if the need arose.

I am currently licensed to carry concealed firearms from two states, Ohio and Arizona.  Below is an interactive map from usconcealedcarry.com which depicts the places where CCW licenses are honored.  Blue is where carry a firearm for my protection is legal, and red is where I would be committing a felony.

The quickest route took me through Illinois, where the state government pretty much never saw a private citizen with a gun that they didn’t want to throw in jail.  (For my readers who do not hail from the US, I started from the area marked OH, and was traveling to the part marked TX.  Illinois is the red area marked IL on the map.)  I avoided any potential unpleasantness with the law by stopping right at the border in Indiana (IN) in order to disarm myself.  The plan was to stop at the first rest area I encountered after crossing into Missouri (MO) and rearm.

Bottom line is that my guns were in the trunk of the car, inside locked cases, while the ammo was in the cabin with me.  Felt rather odd for me to be helpless, but I suppose that is the way most people live their entire lives.

Nothing happened, although there were some guys standing around a burning truck tire that gave me a hard look as I made a U-turn and motorvated back to the interstate.  Things went according to plan as soon as I was back on the highway.

It was 12 hours into the trip when, as the song says, my head grew heavy and my sight grew dim.  I decided to avoid the hotel mentioned in the lyrics, and instead opted for a Super 8 Motel where I could get a few hours of sleep.  They advertised a “FREE Hot BREAKFAST“, but the only food available when I was checking out was a stack of yogurt cups next to the microwave. 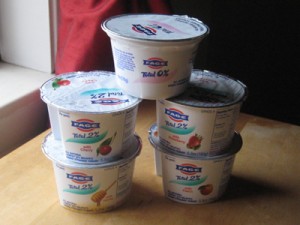 Um, no thanks, but I think I’ll eat one cold.  That went down pretty easy, so two more yogurts followed the first.

The rest of the trip was uneventful, with the only real headaches coming from the pit bull named Chris I rescued from the streets some years back.

He had been on short car trips before, either to the woods or to the vet, and so I was surprised when he started to make a gawdawful racket about 20 minutes after we got on the highway.  He sounded like he was in real pain, so I pulled over to see what was hurting.

As soon as the door opened, he tried to crawl up into my arms.  He was digging in with his claws, scrabbling for purchase with his tail between his legs, and all the time damn near shrieking his distress.  There wasn’t anywhere he could go since I had the foresight to belt him in with the only dog safety harness on the market to pass a standard crash test, but he tried mightily all the same.

I figured that he was having some sort of flashback to when his previous owner had driven him away from home, only to dump him out into the freezing cold to die.  I had a great deal of sympathy, but this wasn’t getting us any closer to Texas.  I tried to provide what comfort I could, but eventually just left him to wear himself out straining against his harness while I climbed back into the front seat and got back to the long business of driving.  He eventually settled down somewhat, from exhaustion more than anything else, but spent the rest of the time on the road by staring at me and crying incessantly.  That son of a bitch really upped my stress level, and now the back seat has that stink like a dog that is terrified beyond all measure.  (Others that have rescued abused dogs know of what I speak.)  He’s doing okay now, but it made for a long trip being made even longer.

At any rate I have made it without mishap, have been warmly welcomed by the good friends that are putting me up until I get a place of my own, and am eager to explore my new home.

4 thoughts on “I Have Arrived”