The reason I keep this blog going after more than a decade is to provide a forum for people to ask questions concerning self defense and home security.  I have given advice to people from all over the world, including those who hail from places where private ownership of firearms is forbidden by law.  Right or wrong, I count that as being one of my greater contributions.

I received an email from a reader who I will call Chris.  It seems that he had painted the main room of his dwelling a blood red hue, and had hung crucifixes upon the wall. 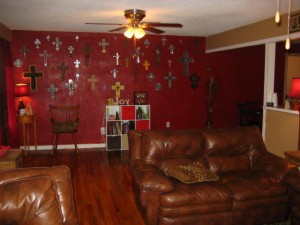 That might keep the living room safe from non-traditional home invaders, but Chris was looking to create a safe perimeter.  He packed thick sections of PVC pipe with salt, joining and bending the tube into a single unbroken unit. 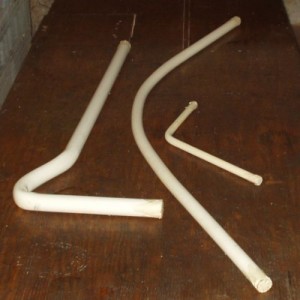 (These are not the pipes Chris actually used.)

The salty pipe was buried around Chris’ home, never coming closer than 20 feet (7 meters) to the outside walls. 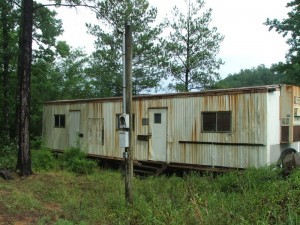 (This is not where Chris actually lives.)

Next to the front door rests a shotgun, loaded with rock salt. 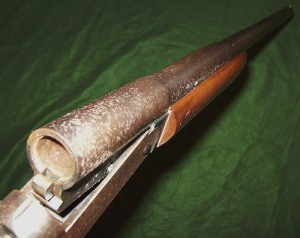 (This is not the shotgun Chris keeps next to the front door.  Um, actually.)

At this point, I made a profound error.  I wrote Chris back!

I asked him if his salt-laden sewer pipe would do any good, as it formed a rectangle around his house.  Every system of magic I have ever heard of mentions some sort of magic circle, but never a magic rectangle. 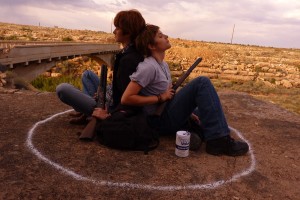 (Neither one of these people are Chris.)

This annoyed Chris to a fair degree.  He stated in no uncertain terms that the only requirement is for the salt grains to form an unbroken line, and the shape doesn’t matter.  Isn’t that obvious?

I also pointed out that salt lines seem to do a pretty good job at keeping out the corporeal threats, such as reanimated corpses and vampires and the like, but seems to do little concerning more ghostly visitors.  So why doesn’t he pack some PVC pipe with, I dunno, holy water or something, and bury that around the house?

Chris became even more short with me, stating that Catholic rituals don’t work.  After all, everyone knows that! 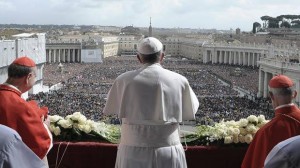 (Looks like all those people didn’t get the memo.)

The final point of discussion was the shotgun.  Although Chris lives alone, and so he doesn’t have to worry about a family member stumbling across the loaded weapon, I am profoundly uncomfortable with unsecured firearms that are not in the direct physical control of the user.

Concealed or open carry is alright because the loaded defensive arm is somehow attached to the body of the person who might need it, but leaning a loaded shotgun against the front door and then walking away seems to be a recipe for tragedy if I ever heard one.  Much better to have a designated safe room, with a sturdy door and lock to keep home invaders at bay for a few minutes.  Secured firearms can then be unlocked and loaded, and a phone used to summon police, all without taking the chance that your own guns will be used against innocent victims.

Chris wrote back to say that I had missed the entire point!  The shotgun wasn’t to deter home invaders, but to be used against otherwordly threats in disguise!

The plan was to carefully watch anyone who approached the house.  If they should fetch up against the line formed by the buried salt pipe, then Chris was going to snatch up the shotgun and let fly!  The double load of rock salt would force the inhuman visitor to reveal his true form! 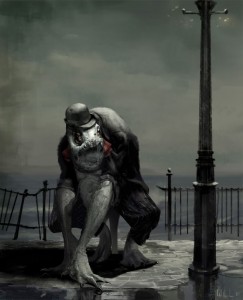 (So far as I know, this dapper gent never called upon Chris at home.)

It was while reading the second email from Chris that the light dawned.  He wasn’t interested in asking me any questions concerning traditional and practical home defense, but was instead trying to impart valued insight into procedures necessary for a broader range of protection!  After all, this is certainly an aspect of home security that I never discuss here on the blog.

My brief exchange with Chris has led me to two conclusions.

The first is that I should not reply to emails of this sort.  I should always be aware that I have specialized knowledge of but a very narrow range of subjects, and avoid commenting on anything outside my area of expertise.

The second conclusion is that I am very glad I am not the mailman who delivers to Chris’ neighborhood.  After all, I might have to stop and tie my shoe just before I cross the invisible salt line around his house. 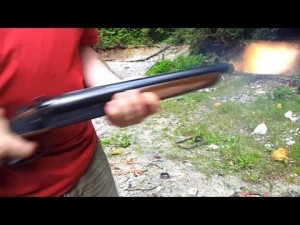 10 thoughts on “There Is Still Much To Learn”