Most people of a certain age remember a movie titled Logan’s Run (1976), a science fiction tale of a dystopian society where everyone is only allowed to live until they reach the ripe old age of thirty. 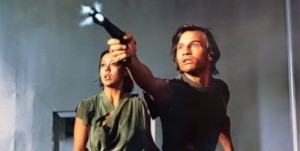 The police in the futuristic domed city used odd ray guns, firearms that spurted a burst of flaming gas while whatever they were aiming at downrange exploded.  Certainly cool to see.

What most people don’t know is that the movie was adapted from a rather crappy novel, also titled Logan’s Run.  In the book, the police don’t use some sort of blow-stuff-up raygun, but are instead equipped with oversized revolvers.  Each cylinder of the sixgun is loaded with special ammunition.  One round is lethal, but there are also gas cartridges and even a net thrower.  Pretty wild stuff! 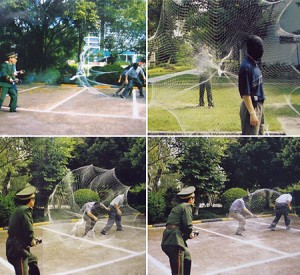 Military science fiction author David Drake published a short story in 1976 titled The Hunting Ground.  A giant extradimensional scorpion teleports to a small town on our planet in order to collect living humans to act as a food source for it’s larvae.  The natural armor of the space arachnid is proof against conventional ammo, but a highway patrolman had also loaded two chambers of his revolver with armor piercing rounds.  Bug be gone! 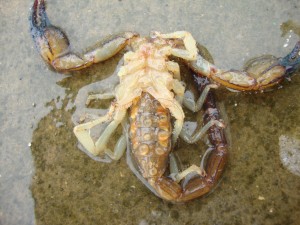 Fast forward three decades or so, and a student was all hot to give this a try.  She had read Mr. Drake’s opus, and was entranced with the beauty of the idea.  Standard ball, then a hollowpoint, with a Glaser Safety Slug as a chaser to that whoop ass cocktail.  Repeat the recipe until her magazine runs out of room. 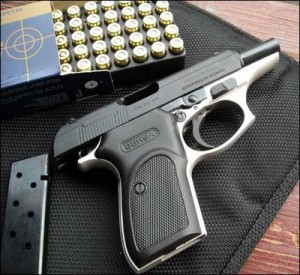 She wanted to know: Would it work?  Will the next violent criminal attack be foiled?

Well, sure, it would work!  Every round she loaded into her carry gun had stopped violent criminals before, so why not again?  But it was still a bad idea.

Consistency might be the hobgoblin of little minds, but it is also the foundation of effective gun handling.  If loaded with odds-and-ends, each pull of the trigger would bring a different flash, different muzzle flip, different report.  If the target was far enough downrange, then the point of aim would wander around a bit due to differing bullet weight and muzzle velocity.  (Although that really shouldn’t matter at the range of most self defense encounters.)  It is extremely difficult to remember even the simplest things when under extreme stress, such as when you are terrified while fighting for your life.  This means each shot would most probably be a surprise.

Besides, we are talking about a handgun.  There would be different effects with different ammo, but they really aren’t that significant.  Most handguns just aren’t powerful enough for there to be a massive change in performance with changes in loads, and her .380 ACP autoloader was at the low end of effective self defense cartridges anyway.

So she was disappointed, and promised to give up her grand scheme of mix-and-matching cartridges.  Don’t know if she kept her promise, or just went ahead with the idea anyway.

So back we go to the movie Logan’s Run.  It seems they are talking about a remake in Hollywood, but I doubt it will be up to the standards the original set.  There is no way they will be able to replace Jenny Agutter. 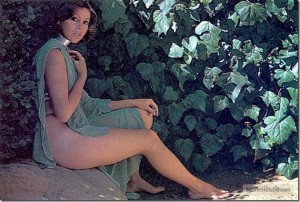 3 thoughts on “Load Up The Right Ammo For The Job”